← more from
Tough Love
Get fresh music recommendations delivered to your inbox every Friday.
We've updated our Terms of Use. You can review the changes here. 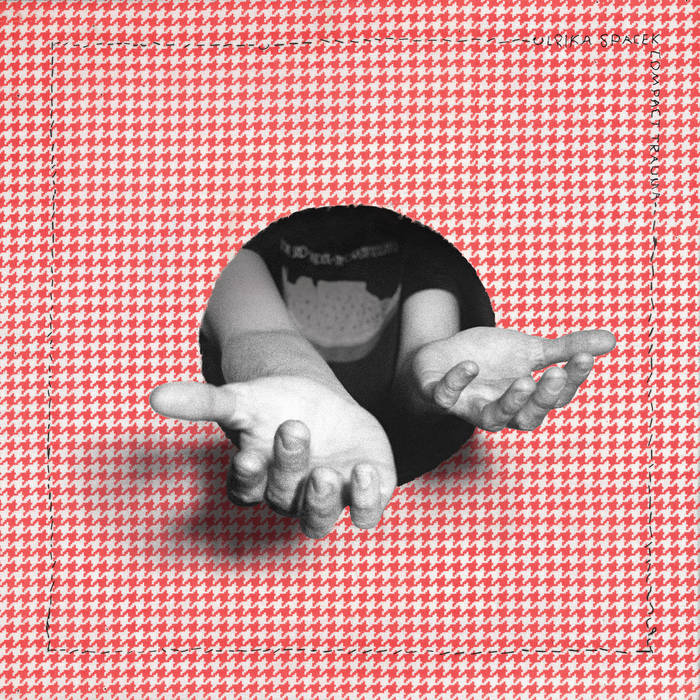 Close to five years on from their last transmission, Ulrika Spacek resurface from self-imposed exile with their third album, Compact Trauma, a collection of songs that function as a chance treatise of sorts for our current collective condition. With a title like that arriving at this point in time, it’s tempting to interpret the record solely in the context of the global events of the past few years, but the roots of these ten songs arc back much further in time, charged with their own personalised internal damage.

Mid 2018, approaching exhaustion and feeling increasingly fragile from the stresses of itinerant road life, the five-piece of Rhys Edwards, Rhys Williams, Joseph Stone, Syd Kemp and Callum Brown began work in earnest on the follow up to their second album, Modern English Decoration. Released less than a year earlier and having promoted it constantly in the months that followed, now might have represented a fine moment for the band to take a breath. Yet Ulrika Spacek were not familiar with the concept of slowing down, conditioned by a strong work ethnic and the demands of capricious touring cycles that necessitated more content and at speed. Moving too fast, it was difficult to avoid the hazards up ahead.

The band’s previous albums had both been recorded in KEN, a studio and rehearsal space in Homerton that also doubled as their shared home. As writing for album three began, KEN suddenly became another victim to the indiscriminate violence of gentrification, rendering the project both hub- and homeless. Writing and recording at KEN was then abruptly shifted to a professional studio in Hackney, only the second time they had worked in such conditions, and tensions and logistical difficulties soon became apparent. The enforced switch to an unfamiliar locale would have been discomforting enough, but when allied with the fractures already beginning to splinter through the band, made for an especially frazzled experience. Somehow, a record began to emerge piecemeal from the gloom, though it was one obviously infected with its circumstances.

Trauma, in its myriad forms, is often hard to qualify, even harder to rationalise. When something begins to go wrong, how do you gain perspective? What is a temporary roadblock, and what is unmitigated disaster? In its first phase of life, Compact Trauma was a document of a band striving to perfect an idea while the universe around them seemed to want to shut down. And then, at an impasse of sorts and with a record halfway complete, it suddenly did. If Ulrika Spacek were a band in need of the breaks applying, it was the force of a global pandemic that made it happen. As the world stood still, Compact Trauma was filed away, unfinished and unheard by the wider world, possibly to remain that way forever. And yet, there was to be a second act. If mutability is our tragedy, it's also our hope, clearer days slowly began to emerge as the bad slipped away. The wound, as the saying goes, is the place where the light enters you.

The prolonged break enforced by myriad lockdowns may have separated the group but it also afforded the five time to reflect on what had already been committed to tape.. As the lights came back on and the shutters up, they found themselves drawn back towards Compact Trauma. What they rediscovered was a record that seemed to preempt the shared grief of a global pandemic. Even if the specifics were different, the themes were uncannily similar. Addressing existential freak out, displacement, substance reliance and encroaching self-doubt, these highly personalised songs suddenly took on a wider significance, speaking in part to a bigger narrative.

Opening track, ‘The Sheer Drop’, begins with the line “Homerton is caving in”; ‘It Will Come Sometime’ describes a “liver like a lightbulb and swelling”; and Lounge Angst (an almost perfect description of those maddening lockdown days indoors) laments, ‘seems my friends grew up or left’. The fear and panic is palpable. The lyrics are matched to a soundtrack that oscillates between the febrile and the off-kilter, unconventional song structures and knotty arrangements either spinning the listener in unexpected directions or offering some kind of cathartic release. Take, as example, the aforementioned opener, ‘The Sheer Drop’. A wire-taut exercise in tension-and-release rendered in three parts, a whimsical synth opening giving way to characteristic chiming guitars before a nail biting coda sets its controls for the heart of the sun or the end of the world, whichever comes first. Either way, it’s a hell of a way to reintroduce yourself after a five year absence. ‘If The Wheels Are Coming Off, The Wheels Are Coming Off’ is equally instructive, a lacerating exposition of self-doubt that bursts into ecstatic release at its climax, demanding repeat listens, while ‘Stuck At The Door’ is an 11-minute Pacific North West-style epic that threatens, ‘the worst of it’s to come’. But it’s the title track that might be the true heartbeat of the record. Either addressing itself or some unknown assailant, it begins by demanding that they “take your hands and your head off the table”, while spiralling around a breathless riff fueled by an infectious anxious energy, before changing tact completely and shifting to a lullaby-like finale, concluding with the ominous thought, “compact trauma? Or full blown disaster? I'll be back in an hour (Or so i think)”. It’s a fitting encapsulation of a highly complex record. They could have left it alone, but in coming back to what they knew, Ulrika Spacek found their best work yet.

Bandcamp Daily  your guide to the world of Bandcamp